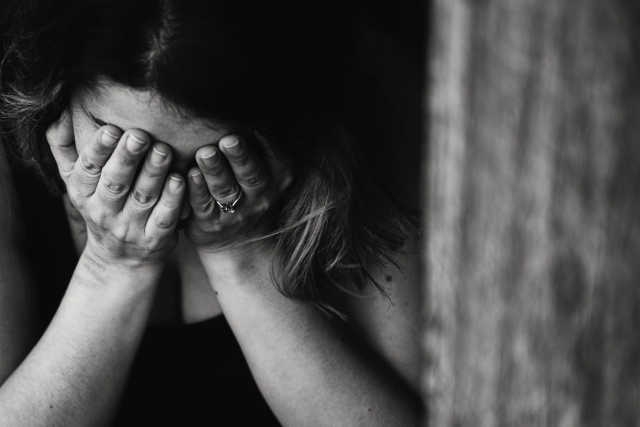 I want to first start this off with a disclaimer – I am NOT a law enforcement officer. I do not make laws, nor do I have the power to change them. I am NOT American, and I realize that I may show a bias in my opinion because I live outside of America. I AM a mother to two beautiful children, both of whom are not attending school for a few years yet. They are the reason why I am writing this post.

Ok. Where do I begin?

Recently there were not one, not two but THREE mass shootings that took place all across America. One was in a bar in Dayton, Ohio. One was in a playground in a Chicago suburb. The final one was in a crowded Walmart in El Paso, Texas, where thousands of people were doing their weekly shopping, taking advantage of the back to school savings for their children.

Let me repeat this. A bar, a PLAYGROUND and a WALMART. WALMART. I don’t understand why someone would attack anywhere, how someone has these mass murder urges, but honestly a Walmart? A playground? Both these areas are frequented by families. Even earlier in the week, there was a mass shooting at a garlic festival in California that killed three people, two of them children. What is the point? What is the purpose?! It sickens me.

Despite being Canadian, and mass shootings being an extreme rarity here, I am still anxious about the thought that one day my two babies will begin their academic careers. I am astounded by the news articles I’m finding on different websites written by panicked moms whose children describe “lock down drills” and what they entail. It’s sickening to think that the children need to prepare for the possibility that someone may come into their school and intentionally hurt them. We never had them. The only time we ever experienced lock down was when the police and the drug dogs did their once a semester sweep of the school lockers and we weren’t allowed to leave the class room. We never had to worry about a shooter coming into the building. Who would want to attack children?!

People say that it’s a mental health crisis. The people who do these attacks are clearly mentally deranged and disturbed individuals. So maybe this is a cry for better mental healthcare? Maybe we need to focus on that? Maybe these people need to be assessed before they buy guns? I mean, it’s so simple to get a gun in the USA. You just need to have money, be the age of majority and have access to a vehicle to get to the store. That’s it. There’s no training, no license to get, no courses to pass, no nothing. All you have to do is fill out a paper with questions like: have you ever committed a felony? And they run your information for convictions or being declared mentally unfit by a court. If there are no hits, you can purchase a fire arm. There is a loophole to this too. If you purchase the gun at a gun show, you can forgo this check as well.

How EASY it is to get a gun! That’s shameful America. Shameful. People argue that it’s their right to be able to bear arms, but who’s to stop the lunatic who is contemplating shooting up your child’s school versus the one who purchased a gun in case someone invaded his home? There’s no test to distinguish this. Making guns more difficult to obtain will lower the amount of people in possession of them.

“Oh but people will get guns anywhere! They can get them illegally and still commit the crimes!” True. True lunatics will stop at nothing until they achieve their goal. Putting a barrier in their way that prevents them from waltzing into a gun shop to get a gun legally will derail a lot of people. Regulation needs to happen. It needs to. There are too many mentally unsound people in the world to make it that easy to obtain an automatic assault rifle.

This is where I feel blessed to live in a country where it is difficult to obtain a firearm. We have to attend courses, numerous background checks, and even after all that you cannot purchase an automatic or semi automatic weapon legally. You can’t even have a handgun legally. You have to register your firearm and prove that you’re a sane individual and show what your intent is. That’s the way it should be.

Yes there are still crimes being committed, people being gunned down every day, gang wars, mentally unsound people getting access to weapons and killing their family and then the odd lunatic who commits a mass shooting. Those events are thankfully a rarity here. As of today, there were 250 mass shootings in the United States this year. It’s August. That’s over 30 a month.

30 in a month. That’s one per day. So much unnecessary death.

I hope that the American government will see the error of their misguided laws soon, and things will soon change so parents don’t have to worry about whether or not they’ll see their children at the end of the day. There’s so many others things in the world to stress about, your child’s safety while at school shouldn’t be one of them.