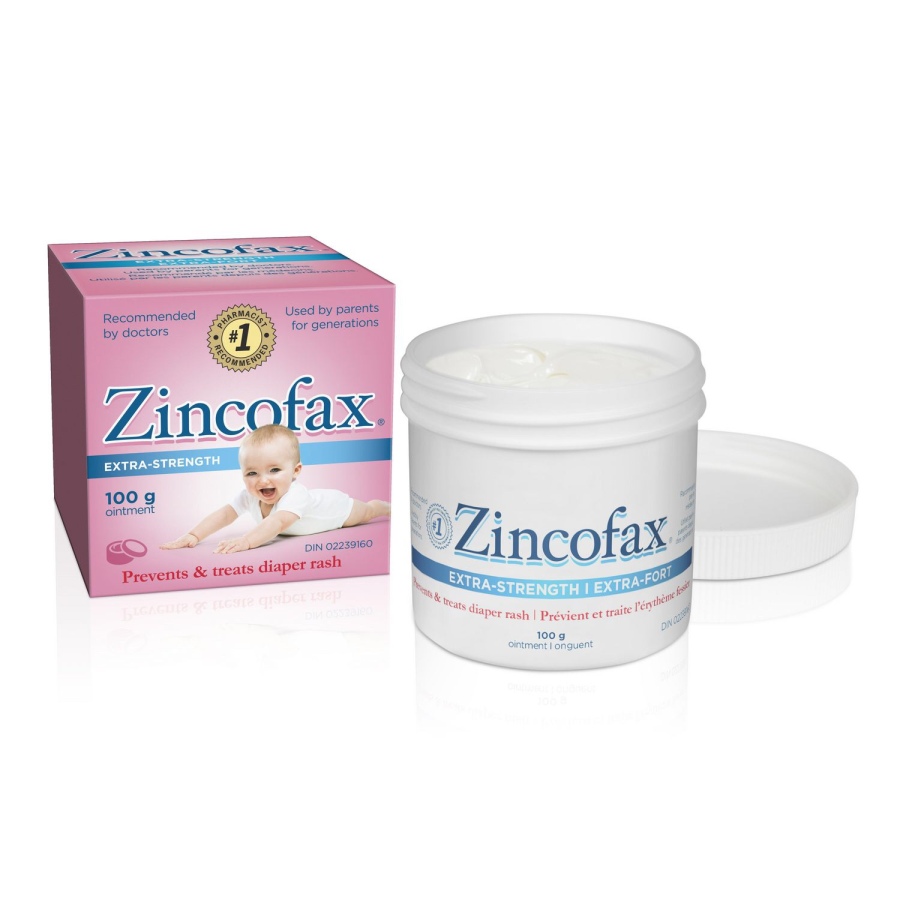 The first two weeks of my son’s life were a bit rough on his bottom. His digestive system was getting used to processing breast milk, and as a result, he was constantly dirtying his diapers. Each diaper change resulted in a bowel movement, and he quickly developed a rash.

This wasn’t your typical just red rash, it was very sore and took a layer of skin off – ouch. Nearly open sores, bleeding… you name it. I tried keeping his bottom dry but it’s hard when he’s constantly wetting himself. I used water and wash cloths to clean him to avoid irritating the rash more.

I tried the diaper rash cream I use for my daughter, but it wasn’t helping. It was the Walmart generic brand that worked for her mild occasional rashes but it did absolutely nothing for this bad boy.

I brought it up to my family doctor, and in addition to keeping him free as a bird down below to air out his bottom, she suggested using Zincofax Extra Strength as a barrier cream. I took her advice, and purchased it immediately.

The small container was $8. A little steep for the amount you get, but if it worked I was willing to try anything at this point. I followed the directions on the package and as per my doctor’s advice, and applied the cream when his bum was finally dry.

It’s been about a week since I saw the doctor and his rash is nearly gone. There is still a small sore spot, but it’s not nearly as bad as it was. Considering I was unable to shake this rash before the cream, I’m pleased with the results.