Pregnancy is a wondrous thing. I had an intense craving for this meal for nearly a week, and finally decided to assemble all the ingredients together to fulfill the craving. It takes some preparation, but the end result is well worth it. I took all the photos for this recipe in one day, but I FORGOT to take a photo of the end result. Pregnancy fail. 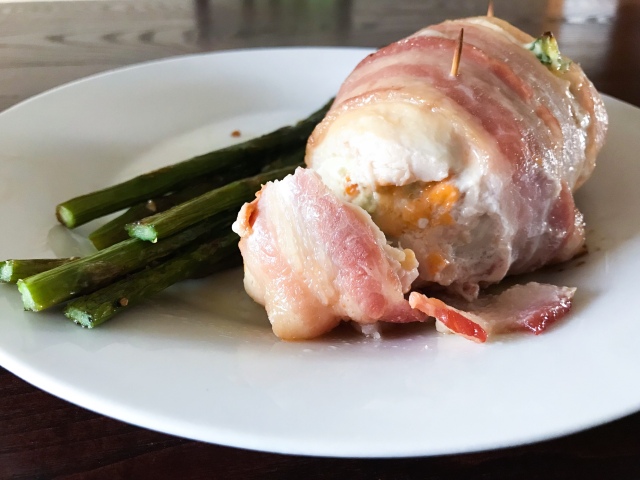 You start by taking out 4oz of cream cheese. I used a low fat version because it’s what I had open in the fridge, but the full fat version is even more delicious. Combine the cream cheese in a medium bowl with the garlic powder until it’s creamy.

Add the minced vegetables until they’re all incorporated. I used green peppers and red onion this time, but this recipe is also good with green onion and any color bell pepper.

Mince the spinach so it’s totally shredded. This will help blend it in with the cream cheese mixture. Add in the shredded cheese as well. 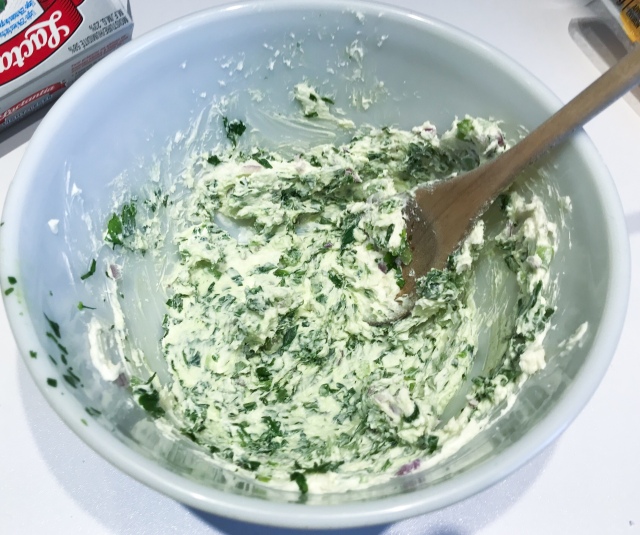 Pound the chicken until it’s about 3/8″ thick. This will help it cook quicker and more evenly.

Using a metal spoon, spread the cream cheese mixture onto the top of the chicken breasts. Roll them up and wrap the breast with bacon. I used maple flavored bacon but any kind will work. Secure the rolls with toothpicks.

Place them on a single layer on a baking tray. I made mine mid afternoon for supper, so I put them in the fridge until suppertime.

Place them on a baking tray and cook them at 400 for about 25-30 minutes. Check to make sure the internal temperature is at least 165 Fahrenheit and the chicken is white. 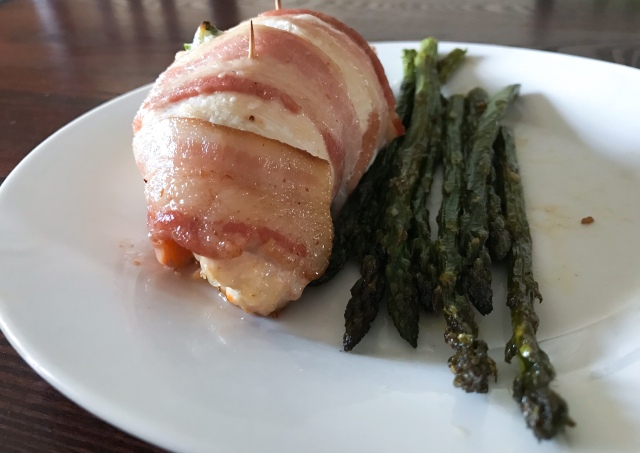