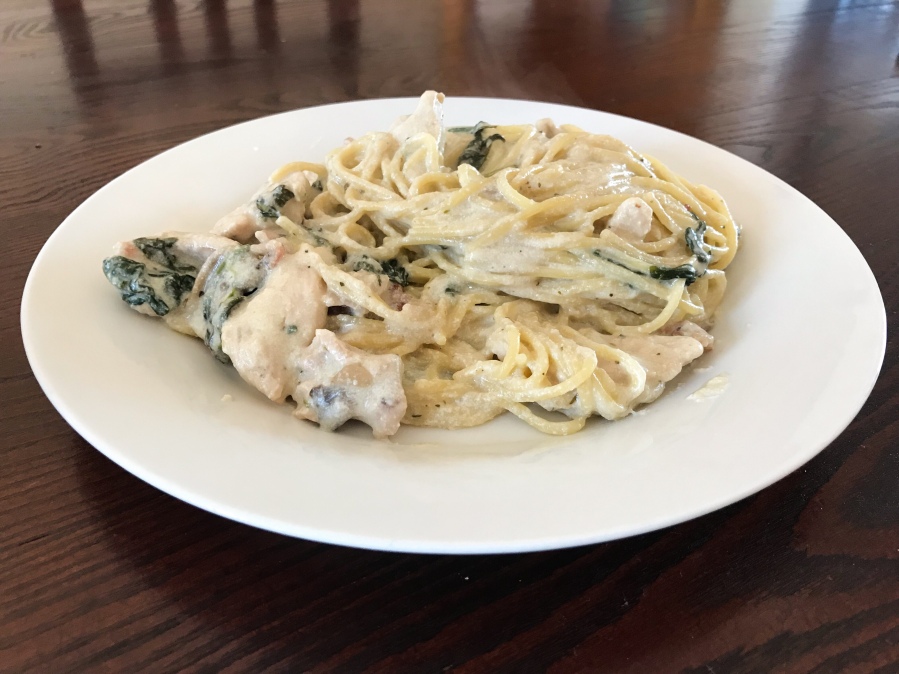 You know those nights when you crave a romantic night out with your significant other, and just want that decadent, oh so satisfying rich dish? If you’re a mom, you know how rare these romantic nights are. This dish is incredibly tasty and filling, and the sauce is homemade. It’s a perfect chilly evening dish and guaranteed to warm you with all its delicious flavors. Serve it on your best plates with a candle and have that date night at home!

You begin by cooking bacon in a frying pan because bacon makes everything a million times better. This is definitely more of an indulgent dish than a healthy one, so if you’re searching for a low calorie meal this recipe is definitely not for you.

After the bacon has finished cooking, remove it from the pan and set it aside on a paper towel covered plate. Add the sliced chicken to the pan with the bacon grease still inside. It acts as an oil, as well as adding an amazing taste and crisping up the chicken. 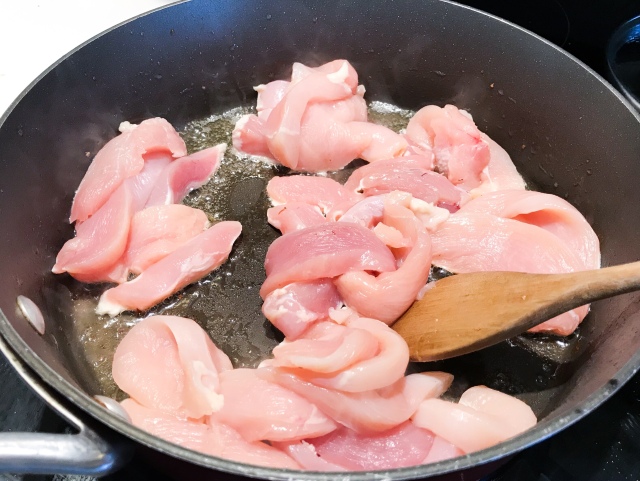 While you’re cooking the bacon and the chicken, you need to begin to create the sauce. Start by creating a roux using the butter and flour, and then slowly whisking in the cold milk. The roux will make the sauce thicker and creamier. Melt the cream cheese into the sauce and then add the spices and garlic. Let it cook for a few moments before adding the parmesan cheese.

When the chicken is done, remove it from the pan and quickly add the vegetables. Let them cook until the mushrooms are soft and the spinach has wilted.

Mix the bacon, chicken and vegetables in with the Alfredo sauce while you cook the pasta. Have it on the bare minimum temperature to keep it warm but NOT separate the sauce.

Prepare any kind of pasta you like. Personally with meals like this, I prefer using spaghetti noodles, but you can use any kind of pasta. My daughter loves pasta in all forms, so I knew it wouldn’t be a problem for her. Coat the cooked pasta with the sauce and serve hot! Please let me know what you think!

One thought on “Bacon Chicken Alfredo with Spinach and Mushrooms”