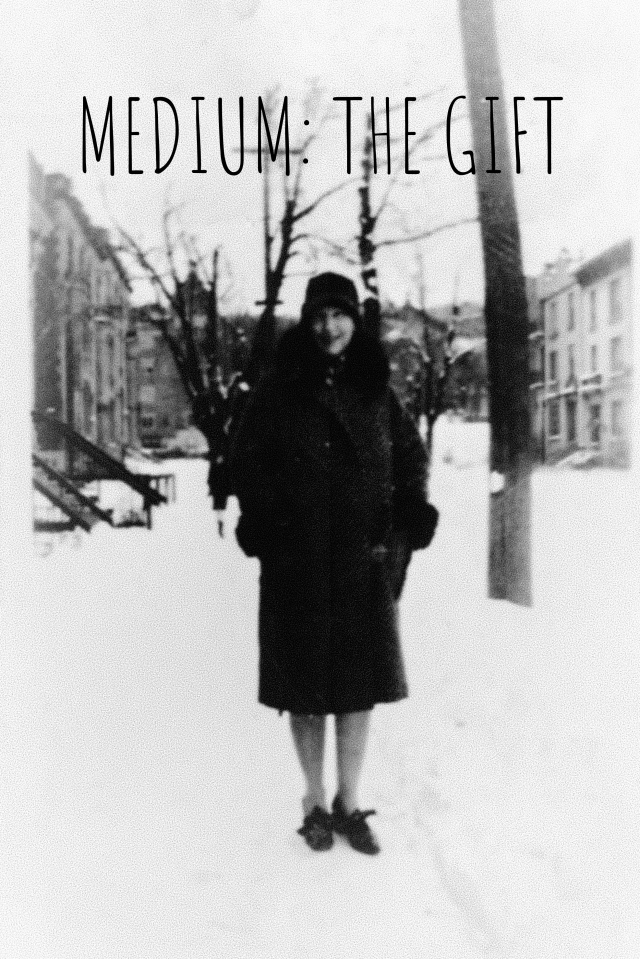 My grandmother had always called it my gift, but I didn’t see it that way. I thought of it as more of a curse. Whoever wished this upon themselves was crazy. The added stress of not knowing what was present and what had been was excruciating. How could someone differentiate between the two when both options presented themselves as reality?

She startled me the other day. I was sitting on a little wooden stool, combing my hair in front of the mirror on my vanity set, when a shadow formed behind me. My grandmother put her hands on my shoulders and reminded me of my gift. Our eyes met in the mirror, her dark brown, almost black eyes studying me. I glanced down as she took a few strands of my hair and curled them between her fingers.

“Beautiful,” she whispered in her soft voice. “Just like your mother’s.” As quick as that she vanished. I would let out a shaky breath and remind myself that this was the present.

My grandmother had died ten years ago, mere months after I had discovered my gift. I was eight years old, and I was invited to one of my classmate’s homes for a sleepover birthday party. As we drove up to her house, I couldn’t help but feel as if I had been there before. Her home was an older two story home, with a stone exterior, and the charm echoed its graces as we walked towards the house. I carried my purple sleeping bag, and Hello Kitty backpack filled with the essential sleepover snacks and movies. My friend Eliza greeted me at the door, and let us in. I could hear my other friends giggling from the living room, and I followed Eliza excitedly.

When we walked into a large room with a few couches, I noticed something odd. My friends were gathered near the television set in the corner, pouring over magazines and eating popcorn. Clearly nothing was out of the ordinary for them. I stopped in the doorway, frozen with fear at what I was seeing.

“Aren’t you coming?” Eliza asked, her eyebrows raising as she gestured towards the other girls. My eyes looked beyond her toward the large, black coffin in the corner of the room. An older woman, dressed head to toe in black with a lace veil covering her face, stood in front of it and sobbed into a velvety green handkerchief. The lid was closed, but there was a glass oval where the head went and I could see a glimpse of blonde curls. I couldn’t move. I couldn’t go past this woman.

Eliza followed my gaze and looked toward the coffin. Clearly she wasn’t seeing what I was seeing. She looked back at me with confused eyes. I looked away quickly, lowering my eyes to the ground and marched toward the other girls. Suddenly I felt a cold breath on my neck as a raspy voice whispered, “Help me.” I dropped my sleeping bag and ran from the living room to the safety of the outdoors where my mother was just leaving the driveway. She pulled back in quickly and it wasn’t until she held me that I realized I was crying. I never went back into that house.

Now I see them everywhere. The people wandering, all confused. The ones whose grief was so strong that it kept them earth bound, or the ones whose death was so tragic that they don’t know they died. I see them walking through the streets, crying on doorsteps of homes that no longer exist, mourning loved ones in cemeteries who died hundreds of years before. When they thought they noticed me watching them, our eyes would lock but I would quickly look away. I didn’t want to hear their stories, I didn’t want to help them, I just wanted them to go away.